Find out more about the Association for Decentralised Energy's 54-year-long history. 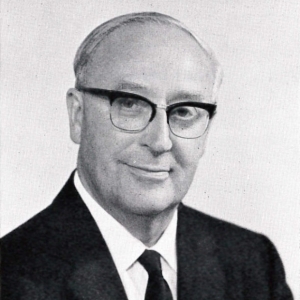 2017 marked 50 years since Alfred Ernest Haseler founded the District Heating Association with the aim of furthering district heating both in principle and practice.

It was the Association’s vision to ensure that the many new towns being built at that time were not heated using 'outdated or wasteful methods'. In 1985 it became the Combined Heat and Power Association and in 2015 it was renamed to the Association for Decentralised Energy.

In November 2017 the Association merged with the internationally respected research unit ACE Research.

Some 50 years later, while technology, the social and political landscape and most of the Association’s members have changed, many of the Association’s core aims and objectives remain the same. The challenge of tackling fuel poverty and poor health caused by inadequate domestic heating is still with us. Energy prices are increasing and our future is one where fossil fuel supplies will be costly and scarce.

The work of the ADE is more relevant than ever in helping people to understand the many benefits of an integrated approach to delivering energy. We strive for a more cost effective, efficient and user orientated energy system. We want users – from large industrial manufacturers to householders – to benefit from a more efficient, decentralised energy system, through technologies such as district heating, combined heat and power and demand side energy services.

There is great potential to be unlocked, and the ADE will continue that role, to be the foremost advocate for user-led energy and our members who make that change possible.

If combined heat and power, demand side services, energy efficiency and heat networks are part of your business or operations, join us to ensure that market and policy developments will benefit your business.